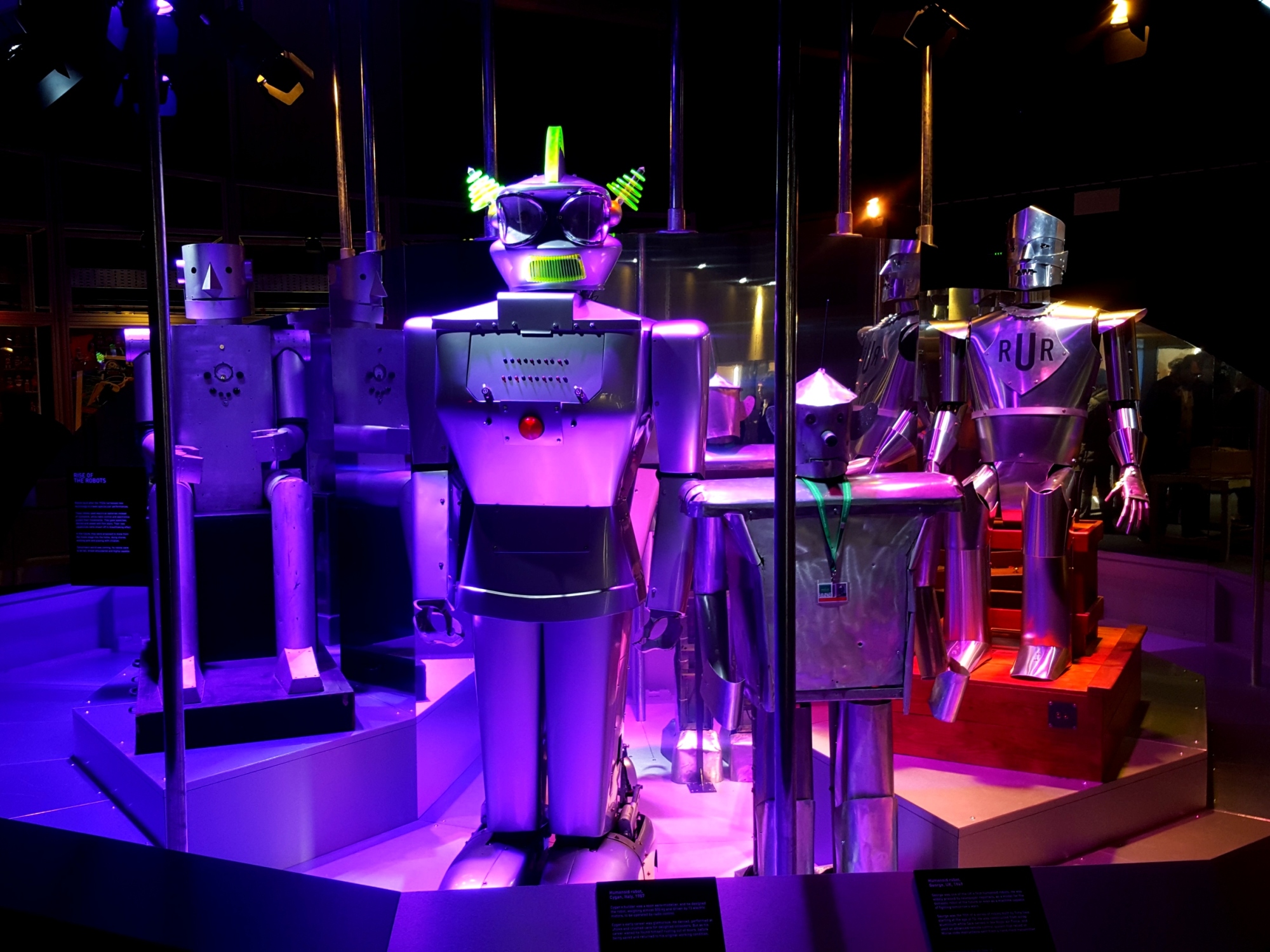 Sorry for the recent absence. I’ve been quite busy writing my thesis, coordinating research projects for the Richardson Institute, and sorting out a new research network I’m running called Technology, Terrorism and Armed Conflict in the 21st Century.

I thought I’d ease myself back into blogging by talking about 2 recent exhibitions I’ve been to.

The Robots exhibition at the Science Museum.

This exhibition was intended for a broad audience, but still very enjoyable for someone interested in robotics, like me. The history of robotics and automation was covered from clocks to machines in the industrial revolution, to early efforts at humanoid robots, right up to the most advanced robots available today. 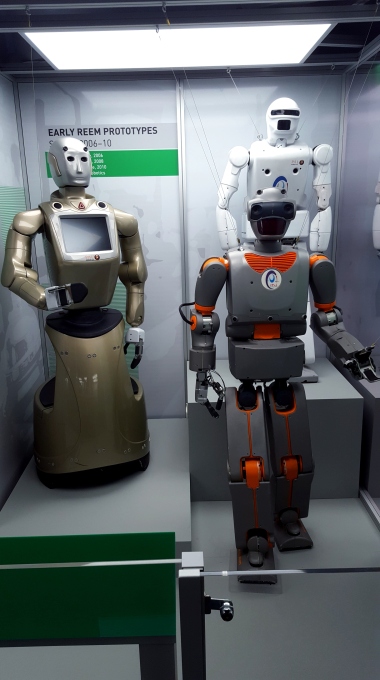 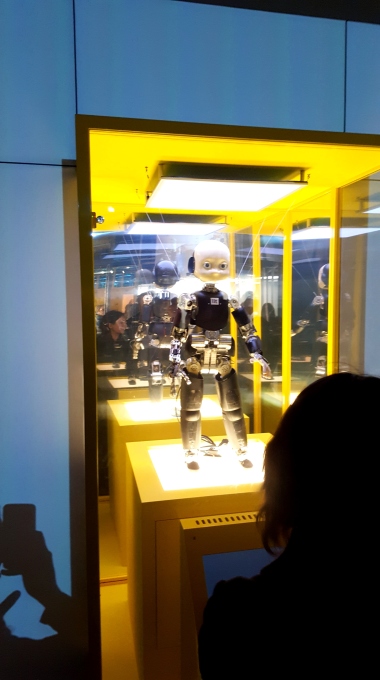 Above is an array of future service robots that were on display. Service robots are fascinating. On the face of it, they’re great for doing jobs that humans don’t want to. But, there are lots of issues about what happens when we rely on robots so much that we forget they are merely machines? When they become humanoids we begin to personify them, and think we see emotion and personality. Yet, they are still just machines. For an easily digestible look at these issues, see Robotics: A Very Short Introduction by Prof. Alan Winfield.

What was also fascinating in the exhibition were a number of thought-provoking statements at different points. 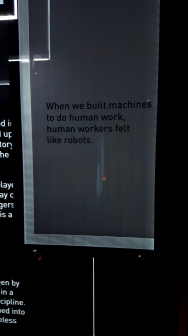 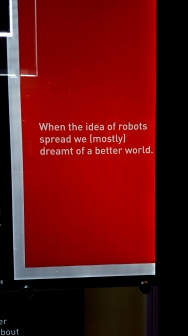 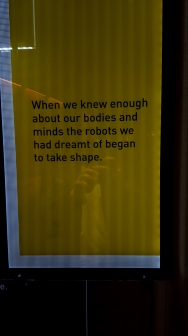 I’m not sure if they were supposed to be so thought-provoking, but have to move myself on a couple of times so I could actually get around the exhibition!

How Much of This is Fiction.

This exhibition is on at FACT in Liverpool. It gives a commentary on lots of fascinating things, when I was there it had a focus on the ‘War on Terror’. The blurb says the exhibition :

Exploring the radical shift in the boundary between fiction and reality in a world increasingly governed by ‘post-truth’ politics.

There were a few that I wanted to highlight here. Unfortunately, I’m not that good of a photographer, as you might have seen above. So some of my photos didn’t come out very well. 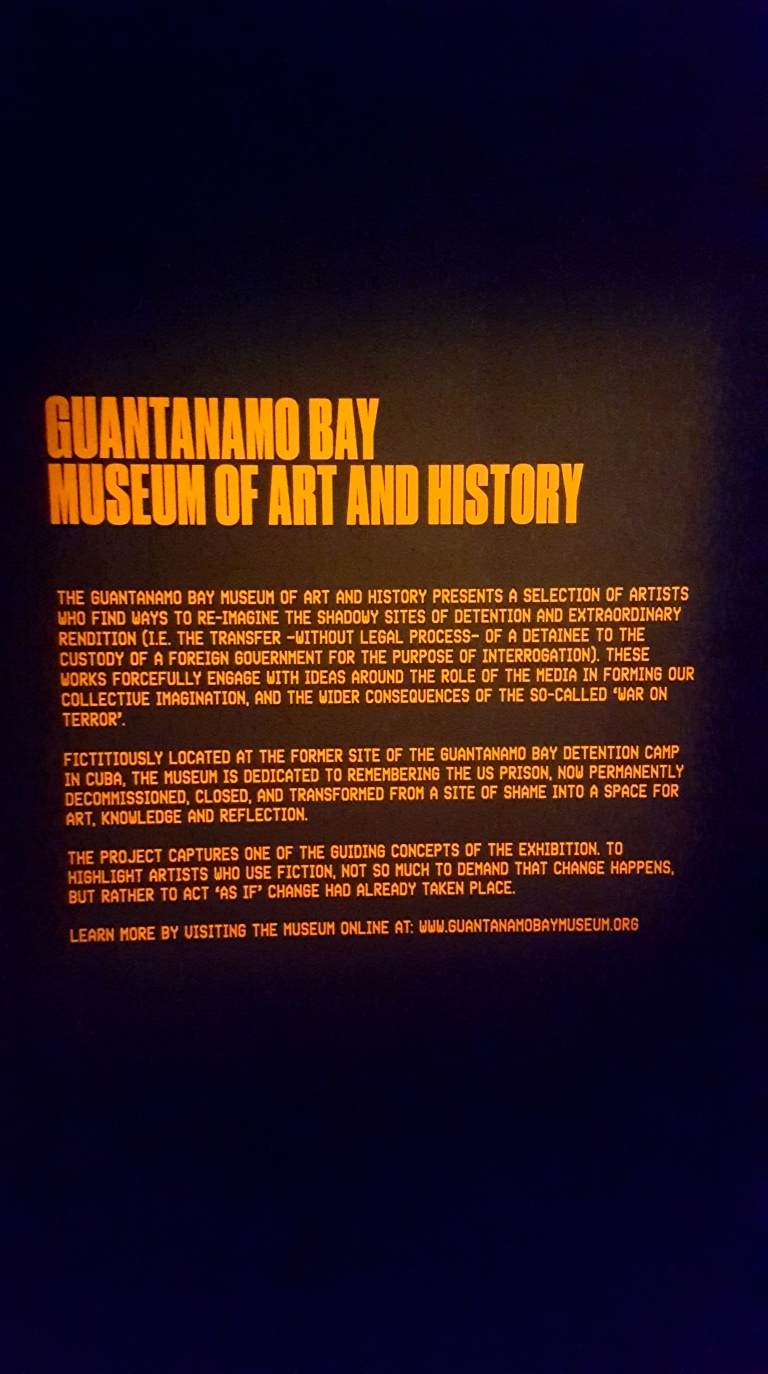 This work by Ian Alan Paul was brilliant. It was really interesting, and really made you think about the human consequence of the ‘war on terror’, particularly for people who ended up in Gitmo without actually having committed a crime.

Also present was his work The EU Bird Migration Authority which looked at the work of Frontex (The EU border agency). Thought-provoking stuff.

In the same exhibition space was Drone Aviary by Superflux. This was a brilliant piece of future gazing about the potential for a techno-police state where we are constanlty under surveillance by drones with behaviours noted by AI systems, and crimes added to our records. It reminded me of this story ‘Nanolaw with Daughter’ about a future where we are constantly tracked in physical and cyberspace and all copyright infractions result in micro-law suits were singing a song without copyright permission results in being sued for a few dollars.

Upstairs were a number of video exhibitions, including ‘Tactical Recollections‘ by Robert Ochshron. It was an interesting exploration of the computer vision technology behind the US targeted killing programme. 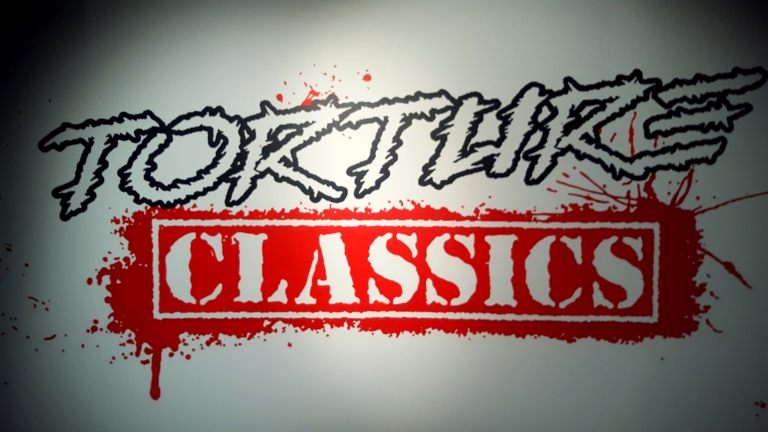 Also upstairs was ‘Torture Classics’ by UBERMORGAN this was an exploration of the music used to keep prisoners awake in CIA black sites. Often very aggressive music played very loud so that prisoners could not sleep in an effort to break their spirit and make them cooperate with US forces.

I enjoy a lot of the music that was played. I saw it in a different light after this.